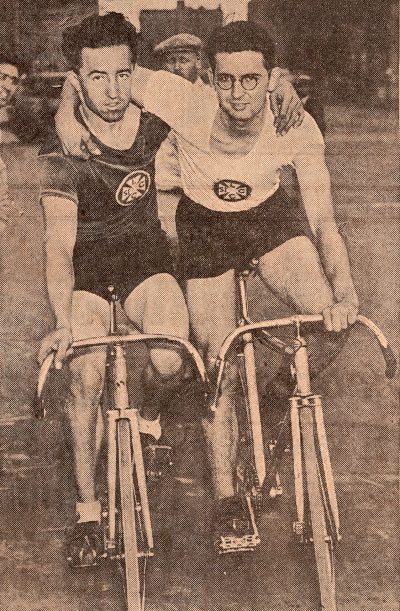 Velmo Chappuis, “Chap” to his friends, opened Meramec Cycle in 1933, the first in a long line of stores owned by the Chappuis and Blackwood families. Velmo raced with the St. Louis Cycling Club, and his family lived above the store.

The Blackwood family came on the scene in the 1970s, when Velmo’s nephew, Bud Blackwood, left a stressful career as a Colonial Bakery executive to join the business. By then, Meramec Cycle had grown into South Side Cyclery and Velmo was ready to retire. Bud bought South Side in 1971.

Growing up working for his father, Tony Blackwood eventually brought the business from his father in 1991. With the success of South Side Cyclery, Tony and his wife, Donna later bought South County Cyclery and then helped their son “LT” aka Little Tony open his own shop, Trans AM Cyclery in Farmington, MO.  At the end of 2020 Tony and Donna decided it was time to retire and head to the lake full time. While “retired”, Tony will be offering bike repair services Lake of The Ozarks Bicycle Service and Repair.

South Side Cyclery continues to thrive with new owners, Tim “TK” Kakouris and his wife, Deanna. TK and Deanna Kakouris have been involved in St. Louis cycling as a couple since 2007, but TK’s cycling history dates back even further to his Pro BMX days in the 80's. The Kakouris family continues to offer that neighbor bicycle shop that long time customers have loved while bringing in some additional products, services and ways to involve the community in living a healthy lifestyle on two wheels!